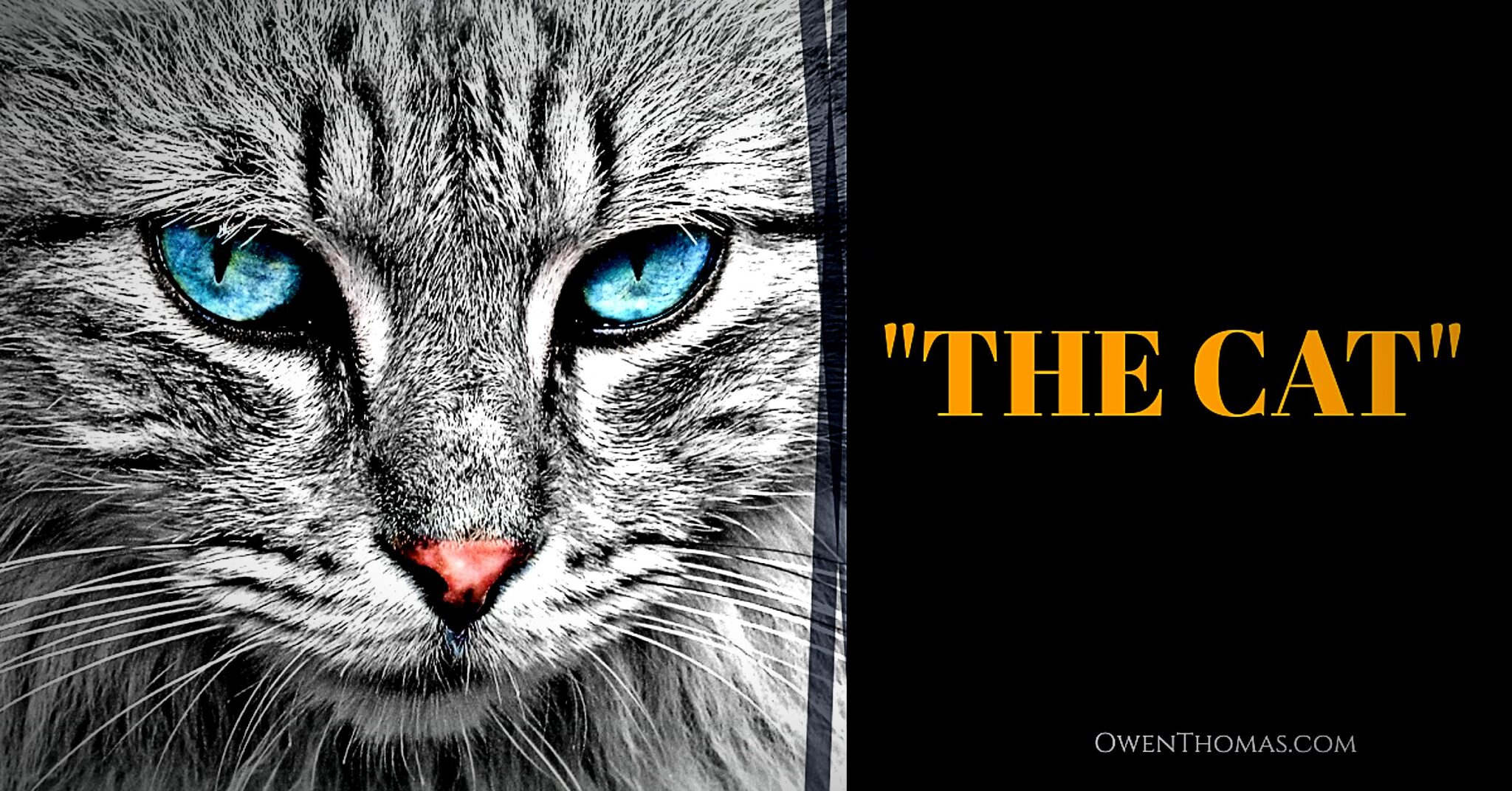 I had that sinking feeling that I was facing a problem not of my making but my responsibility. Barack Obama once remarked as president, “all the straightforward decisions with good outcomes were always made before any reached him”. So he was always left with difficult choices that no one wanted to make — often with no possible good outcome.

Whilst I wasn’t asked to decide national or world problems, I had been placed in a position where I had to deal with a situation and choice that someone else had neglected to make that I was now responsible.

I was looking after a neighbour’s pet — their cat. It was 11 pm, and she had earlier taken up residence in the chair where I meditated. My friends tell me it’s because it’s the calmest and most serene part of the house. I was now near the end of the second month of my responsibilities. My neighbours often head to warmer climes when winter comes, this year was no exception, and they were to be away for another month at least.

The cat had introduced herself, as is their wont, several years previously when I moved in, obviously looking for a friend she could bum food off on regular occasions and a little company. She would often turn up when my neighbours were a little late home hoping for an early entrée. It had been a little rocky start as she had been a constant reminder of my own cat, Millie, of 24 years that I had only recently buried outside the window of my old bedroom in my parents’ home. The bedroom I had spent years in when my health was poor. “Mill” had been a constant and often much-needed companion.

I hadn’t realized how profound that loss had been until “the cat” turned up to visit. When our emotions are still raw, we don’t want someone digging around looking to open our hearts once more. Although this process is relatively quick for some, I have found that it’s a slow, somewhat lengthy time. I have come to accept this part of myself and allow my feelings whatever time they need to heal. Yet this little cat had been persistent and had won me over.

That is a lesson for us all, with those we love who have been wounded. Something to remember when someone lashes out at us for no apparent reason. Or with venom that seems somewhat over the top for the occasion. There may be something else at play, and we may have to give them space and time. Not always easy to do, often not convenient, and indeed not pleasant being on the receiving end.

A wounded heart can be a dangerous thing. The pain of loss can be so profound that the need to protect the human soul from a similar experience can cause all sorts of personality, behaviours, and social complications.

Now it’s 11 pm, and I’m ready for bed. It was at this time that the little cat decided to have her “turn”. “Puss” left her chair and made her way across to me. However, there was a significant problem. Her back left leg, and most of her lower left side wasn’t functioning.  She was obviously in a lot of discomfort, pain and somewhat distressed. I encouraged her to walk around a little, hoping that her leg had “fallen asleep” like us humans. It was a vain hope.

Eleven o’clock on a Sunday night is not a good time to have any medical problem; this episode was complicated because this little animal was not mine. So I had to navigate the delicate landscape between what I would do and what my neighbours would do. My neighbours tend to take the more fugal approach to pretty much everything and that everyone is out to “ripe” them off. Animal health care is one of the more fragile of those approaches. They had a small hobby farm setup for many years, so the comings and goings of animal life were part of their experience. So they would tend to wait until morning.  See how it works out, notably if there is money involved. However, my approach has always been preemptive, whether in health care or the schoolyard fight. I always took a bold stand against a school bully from the outset. So here it was no different.

But I was faced with the dilemma of the different approaches. Whilst all owners of homes, pets etc. that we neighbours are asked to look after will say “do whatever you think is the best if something goes wrong”, I have found for some people that line means “do whatever you think is best as long as it is what WE would think is the best thing to do.” Especially if money is involved, the “blame” of the episode will somewhat be permanently attached to us because they had to part with the money. There are always thanks, but events thereafter can be coloured.

For the previous two years, I had repeatedly suggested that there may be something wrong with her back left leg as it didn’t move quite as freely as it should; it was slight but noticeable. My reckless hope that her leg had “fallen asleep”, I already knew, was fruitless. But, unfortunately, a late-night trip to the vet is not going to be cheap, and the options would be limited and, more than likely, some distance from me.

I woke my sister, who lives not far from me, and borrowed the cat box she kept for her two gorgeous cats. We head off for the midnight run with “Puss” strapped tightly in her cage in the front seat. She called out repeatedly on the way in, with me gently stroking her head in an effort to give her some comfort, with not only her problem but the exaggerated fear and uncertainty of the unknown. I found it curious that when I turned on the late night AM radio, she calmed down.

After an hour in the waiting room, we were ushered into the consulting room. The vet was a lovely man who had practised worldwide, from the Middle East to the isolation of outback Western Australia — He’d seen a lot.

I described the problem and my observations, so he let “Puss” out to walk around the room. And you guessed it, not a problem to be seen. She patrolled the edges of the room effortlessly, probably looking for a way out with apparent ease.

He described what he thought was her problem, and unfortunately for “Puss”, it was life-threatening but wouldn’t take her that night. However, with adrenaline being such a powerful hormone necessary to save our lives, on occasion, it had momentarily overcome the problem and allowed “Puss” to appear normal. In simple terms, she had a significant nerve problem that would take her life anytime over the next 12 months. There was nothing to be done. He suggested taking her home; the problem may or may not appear again as the adrenaline left her system. He would call me in 24 hours to check. I had never seen something so dramatic — unable to walk one minute and then to walk like there was no problem at all.

Our fast-paced life is almost always in constant flight or fight mode; our bodies are awash with high adrenaline and accompanying hormones. With hormonal “superpowers”, our 24/7 lifestyles may hide many woes and life-threatening problems. We keep ourselves going with coffee and other stimulants. Perhaps we may keep ourselves hyped up to avoid the issues that we unconsciously know are there.

All spiritual and religious traditions encourage a time of quiet and rest—Times of reflection and rebalancing, focusing on calming the mind and spirit. Yet, perhaps, as well as allowing us to develop deeper aspects of ourselves, those quiet times and slower lifestyle may indeed reveal potential life-threatening problems that a preemptive strike may avoid or at the very least enable us to better prepare.

Oh yes, the lovely little cat sadly did pass away and yes, as you already know – it was when my neighbours were absent travelling- but that’s another story.

Resources for Joy & For Those Who Love Cats!

The Lion in the Living Room : How House Cats Tamed Us and Took Over the World – Abigail Tucker.

A Street Cat Named Bob : How one man and his cat found hope on the streets. – James Bowen