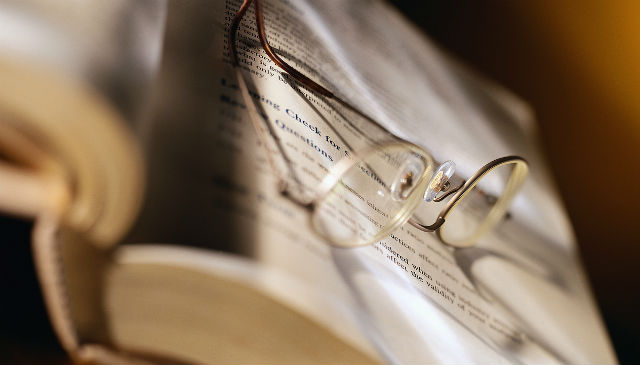 Two days before one New Years Eve I found myself with a close friend, Hilton, in one of our favourite places – a book store. This time it was the mega bookstore – heaven to a lover of books and learning.

I have known Hilton since I was eight. My first parentless train trip was with Hilton and to a city book store. We both came home laden with books from the Indian Wars in North America to classic English schoolboy comedy. The comedy that sustained us through many of those early teenage trials.

We are both now in our forties and my friend has reached a turning point in his life was he is looking at what has been before, and what lies ahead. And most importantly – What does he want his life to be in the future?

My friend has got to the point where he is at the peak of a very successful corporate career: one of the best in the business. But it has taken a toll on his health. He has found himself with a couple of choices. He can move sideways in a fashion and take work in the same field but in a less stressful environment. However, due to his hard work, he is in the enviable position, in having the option to take a whole year off. A Year to reassess, have some fun, travel, see his family, and time to look at the rest of his life. Some nice choices to have to make.

But….Back to the book store.

My friend is mentally fighting the cultural trends to take the better job and is hunting around the travel section buying endless copies of Lonely Planets guide to Russia, Poland, Scandinavia, Eastern Europe, England and just for a little variety – Japan. I have been suggesting to him for 4 years to take a year off. So I hope the books inspire him and perhaps I’m also a little envious.

Sometime later we found ourselves in Hilton’s favourite section of any book store – The History section. I love history too, but not the way Hilton does. Hilton loves the intrigues of battles, the ebb and flow of power, the machinations of dictators, and can recite from memory half a dozen influential battles that have changed the course of history. He would have been a great general if life had taken him that way.

As I have said I have an interest in history but at a somewhat different level. I like to understand how the people involved, lived, and made decisions, the psychology of their lives. Mainly looking for a way to understand me and my life through understanding others. So while my friend was busying himself with the Peloponnesian Wars, my attention was captured by one title – Fateful Choices: Ten Decisions That Changed the World, 1940 –1941. The book looks at a 19 month period in which all the world leaders of all sides of WW2 made decisions that impacted the outcome of the war.

The author, Ian Kershaw, outlines the decisions taken during that time that have had twenty-first-century repercussions.

1) The decision by the British War Cabinet in late May 1940, led by the new prime minister, Winston Churchill, to fight on and not to pursue a negotiated settlement with Nazi Germany.

2) Hitler’s decision in July 1940 to attack the Soviet Union the following year, ensnaring Germany in a war it could not win.

3) Tokyo’s decision in September 1940 to join the Tripartite Pact with Italy and Germany and to occupy French Indochina. This led to an American embargo on the export of iron and scrap metal and brought conflict with the United States one step closer.

4) Benito Mussolini’s decision in October 1940 to focus the bulk of his war effort not on North Africa, but on the invasion of Greece, which turned into a debacle that tied down German troops and led to his downfall.

5) The decision by Franklin Roosevelt in August 1940 to send 50 old American destroyers to Britain, symbolically committing the United States to the anti-Axis cause.

6) Stalin’s failure in the spring of 1941 to heed numerous intelligence reports warning of an impending German invasion.

7) Roosevelt’s initiatives in July-August 1941 to embargo oil shipments to Japan, extend conscription, draw up the Atlantic Charter of war aims with Churchill, and provide armed escorts to merchant shipping.

8) The decision reached by the Japanese to embark on the southern strategy of grabbing European colonies in the Pacific – first step strike the United States Navy.

9) Hitler’s decision, after Pearl Harbor, to declare war on the United States, sparing Roosevelt the necessity of persuading his countrymen to fight the Nazis as well as the Japanese.

10) Hitler’s decision in the summer and autumn of 1941 to begin the mass extermination of European Jewry.

None of the above decisions was made with the benefit of hindsight. Often when we look back at history, we can assume that all these decisions were obvious and that they were taken with the outcomes already know. But of course, they were not.

Some of the above decisions were made with questionable beliefs and values – some downright immoral. Others were made when and by individuals when countries’ backs were against the wall. They were made with immense courage and determination.

After reading the fly cover which outlined all the 10 points above and thinking about the obvious repercussions of those on my own life. I then stopped to reflect, given it was nearly the new year, what about the next 12 – 24 months for Owen Thomas.

I thought about the heightened emotional state, in which some of those decisions were made. Some of the decisions helped create the freedom a large number of us enjoy today. Others led to massive destruction of life and liberty.

However, given the time of year, again I quickly stopped contemplating the big issues and stopped to think of the next eighteen months. I thought about the choices I was going to make. Was I prepared to really go for my goals and dreams? To do it with all the intense desire as if my back was against the wall.

But most importantly to look at the decisions I was planning to make or already had in the process. To check to see whether my intentions were honourable and whether I had thought about my beliefs and values and the possible impact on other people’s lives from my decisions. Were my goals ones that would not only move my own life forward but would benefit and enhance those lives of people around me? Or were they goals and choices that had questionable motives and values? Would they lead to the destruction of all the things I love?

As I write this it is now well into the new year; many of us have already left our new year resolutions in the gutter, a long time ago – That’s if we had made any at all.

Would we if our backs were against the wall and our future was in jeopardy?

The strange thing is our future is in jeopardy, it’s always on its way and if we are not making decisions to move our lives in a forward and positive life-affirming direction were are destined to have our choices, our lives, decided by others. And life is too short to live other people’s dreams.

We can make the year ahead – a year that totally changes our lives and have positive life-affirming repercussions for generations of our families to come. Our personal destiny is on the line. It all comes down to the choices we make and the desire in which we make them. They can lead to massive joy or massive sadness. It behoves us all to take the time to reflect, plan, and go for our greatest dreams, our heart’s desire, our heart’s passion.

My friend and I are no longer in our book store and are back in our separate lives – each faced with our separate goals and choices. Choices, which when we look back at our lives, we hope we can say “how great was that, what a magnificent life I have had, the privilege of living”. And most importantly those around us can say: “it has been a privilege and an honour to have known you”.

Only time and our accomplished and failed goals will tell.

May our life’s story start with “once upon a time……….”