“You create shows which happen to be corporate events, other people create corporte events which they try to make into a show!”
– Steve Smith

It was not long ago when Steve made that comment. It was at the time just a bit of a throw-away line. But, it occurred I was attempting to take a function I had been asked to produce to the next level. I wanted people to leave deeply inspired and impacted in a way that would lead to more extraordinary things.

I do more than produce corporate events; however, that comment more than anything else describes my creativity in this arena.

I have been producing and creating shows since I was sixteen. I have thousands of hours under my belt.

I don’t produce very often for other people anymore. I prefer to work on my projects. I have also acted as a consultant from time to time. However, if this is the sort of service you would like to know more about, contact me. 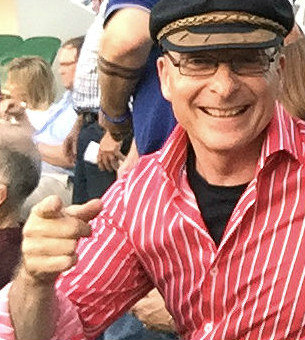 Owen is a 'bring the ideas', 'make it happen' kind of guy, a marvelous communicator and listener, follows through, and with that 'package' he brings responsibility and bundles of integrity, keeping his eye always on the objective. Owen has superb leadership, organizational and motivational talents. He doesn't just do things for 'the moment' but for 'the relationship', invests his time accordingly, and knows those are key ingredients of the formula to maximize the outcome. He also has the happy knack of brightening up the room, and making 'the team' believe in the result. I unreservedly recommend him, and I ought to know; I have known him the best part of a lifetime.
Hilton King Foreign Legal Consultant at Makarim & Taira S. Jakarta, Jakarta, Indonesia

I have known Owen for well over 30 years. In that time Owen has been a valuable friend, employee and co-worker to bring creative projects to life. If you want someone who can come up with fresh ideas and perspectives, and then take responsibility for ideas that are agreed upon, and produce the vision on film or digital media, or design and manage an event or function then Owen is your guy. Bringing life to the atmosphere and adding value to people is what Owen is all about. One of the most creative people I know, and I know many, I would recommend Owen for any media project that requires fresh eyes. Once Owen has a project in his hands you can be confident that the job will get done. Front of stage or backstage Owen is very capable.
Peter MaddisonDirector of Marketing and Research at Clean Environment Management Solutions 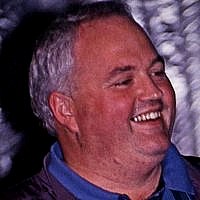 I have known Owen Thomas for more than 25 years and have worked with him on many projects, functions and productions. Owen is an extremely talented and gifted person and has a broad range of skills and abilities which allow him to turn his hands to many things. He is an excellent speaker and a great communicator. He is highly intelligent and a lateral thinker which, combined with his great people and communication skills, is a rare and valuable mix. He is a highly ethical and passionate person who loves people and has a real desire for helping others. He has worked in many industries, businesses and corporate structures, which all adds to his diverse CV. Owen is an avid reader and learner which has enabled him to become a great teacher and motivator. I have always found Owen to be someone I can depend upon and use as a sounding board in tough times. His life experience and challenges have given him a broad and deep understanding of the human condition and a love for talking about it. I am obviously a fan, but also proud to call him a friend.
Col WestwoodRetired Sunshine Coast