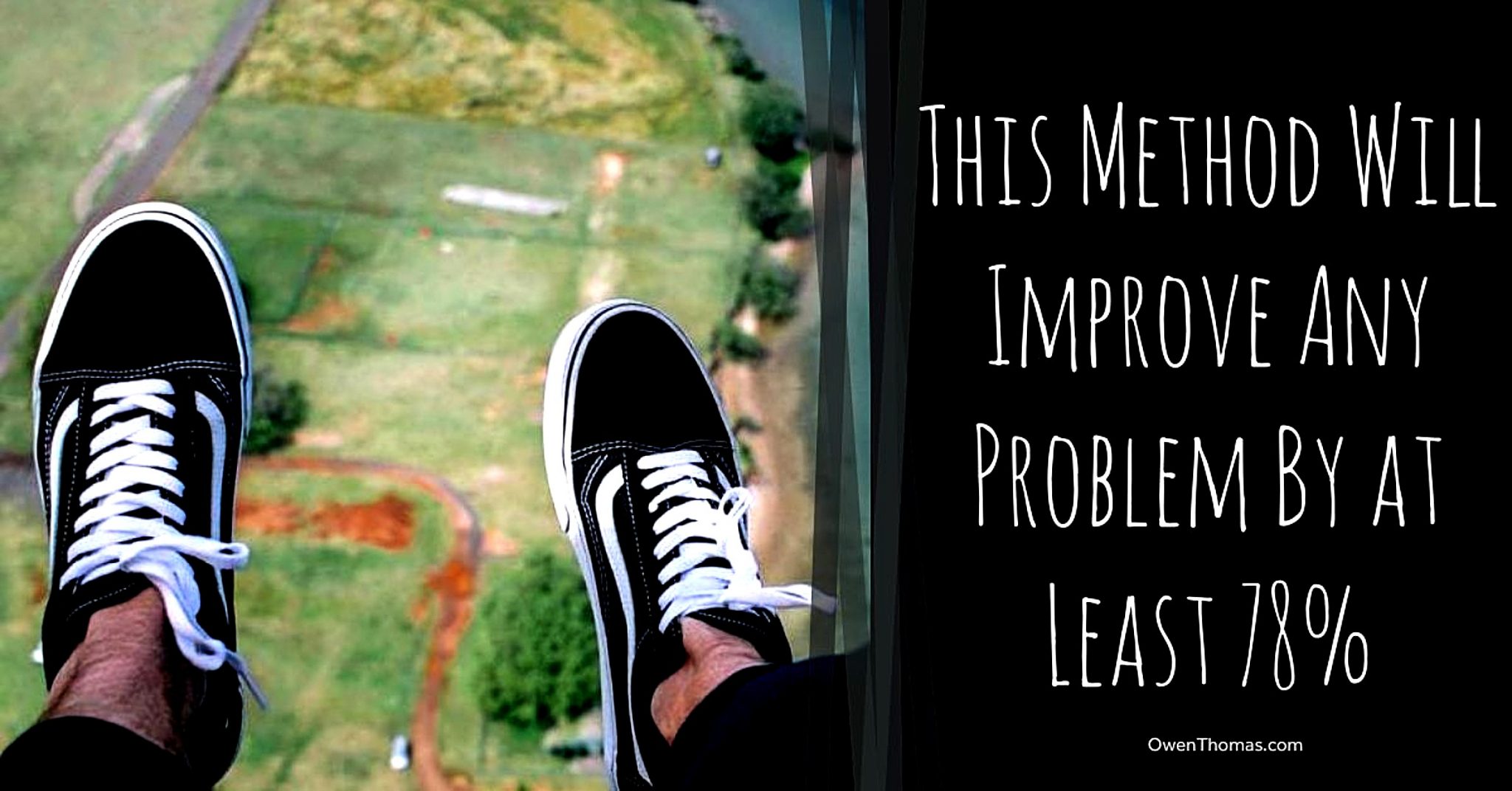 “If they can get you to ask the wrong questions, then they don’t have to worry about the answers.”

I was terrified and feeling very low and I didn’t know what to do.

I looked around at the small caravan park cabin I found myself in, and that didn’t help. Ten years previously, I started to live out my dream of a creative life. I’d started a business that produced live events, alongside which I had developed five music albums. Together, these created enough income and downtime to allow me to go back to film school and pursue the other dream of telling stories through film. I’d been quite fortunate to be then included in a small group of up-and-coming film producers that the various industry bodies had singled out to foster and encourage. And I was dating again.

As fast as that had happened, my health seemed to slip away in an almost mirror image. Almost regardless of what treatment I sort. I would later find myself standing on my parent’s front porch, wondering if I had the strength to walk the 400 meters to the post box at the end of the street. An event that would be seen as a big day out; particularly if I made it back.

In the effort to find solutions, I had sold pretty well everything I had spent the previous years acquiring to find health quickly and hopefully return to my earlier life. But, unfortunately, it wasn’t going to be that sort of journey. Instead, I found myself living on a small income protection policy that those who have experienced that journey will know is never enough. They will also tell you that insurance companies are more interested in getting you off their books than helping you recover. That fact that several lawyers would point out over those years.

As my health started to improve, albeit slowly, I tested myself out by house sitting on and off to see how I would survive independently. House sitting is where you look after someone’s home and pets for a few weeks or so whilst they’re on holidays etc. It has been an excellent way to test out my stamina.

So, I had taken the next, albeit small step. To see how I functioned on my own and begin to make my way back financially, and see what possible life could lay head. Unfortunately, the numbers didn’t stack up; there was no way I could afford to stay in the cabin. There just wasn’t enough money. However, I had just done it anyway, believing, probably hoping, more like it, that I would somehow make it work.

So here I was in the cabin sitting at a small table surveying this tiny space. I could see the bedroom right in front of me and discovered that the building slopped enough, if you slept the wrong way, all your blood would run to your head. In the months ahead, the cabin two doors up would be raided by the drug squad. The cabin opposite would be a scene of many domestic violence events, broken up by the biker who lived next door. It was the first time I realised that women could be just as physically violent to their partners as their male counterparts. It was a far cry from the 5-star hotels and international travel life I had enjoyed.

It hadn’t helped that I had moved there from a house-sitting assignment where I lived on 12 acres with vineyards, swimming pools and tennis courts and views to die for in the heart of the Yarra Valley.

I was very afraid and feeling pretty low and starting to slip down that dark hole of what might have been. What would people think of me now? What did I think of myself? And feeling deep fear that my life may be what was around me. The more I thought and felt, the more I sank.

Then I found myself yelling out loud, “stop Owen! What are you doing to yourself?” I suddenly realised I was looking at my situation in a particular way. A way that wasn’t doing me any good and certainly wasn’t going to improve the case either.

“Get a grip, Owen and see what’s really going on — change your perspective. It’s just your fear that’s colouring everything.” I muttered somewhat shamefully to myself.

So I stopped and took a good look around. What was really there? I had running clean water. I had a toilet inside and a shower. There was a kitchen, a fridge, heating plus a TV. I had a second bedroom which I could use as storage and air-conditioning. Up until then, I’d never lived in a home with air conditioning. I thought, “well, that’s novel — a bit of a bonus”. As I started to add everything up, I realised that what I had around me was what 90% of the world’s population dreams of having. And there was a good chance at that moment that several 100 people were crammed on a small people smuggling boat, risking everything to have what I had around me.

I had access to good food anytime I wanted it, and I had a family that cared about me. And I lived in a safe county, and that provided endless opportunities. They may not be the ones I dreamed of, but there certainly wasn’t a shortage. What they may have looked like was anyone’s guess, but I knew I could find something. And most of all, I had life, and who knew what that could bring.

It was a theme I have regularly visited over the years. One epiphany doesn’t change everything all at once, but the more times we recall it, the stronger it becomes.

For many years, I had a picture of a small child standing in one of the large garage dumps in southern Asia as my desktop wallpaper as a constant reminder.

Perspective is the key to living a better life.

It is all too easy to blindly go along with the crowd. But, unfortunately, they determine the only way to see the world, the only solution to any problem, and the only available life.

For all human history, we have sought the high ground. We climb mountains just because they are there. We wonder what the view from the top looks like — it changes our perspective. So we travel into space to see what’s there and to look back at our planet and marvel anew.

In his “The 33 Strategies of War”, Robert Greene encourages us to not settle for what we see, but to lift our minds higher away from any situation to see more of what’s happening to gain a new perspective and new answers.

We must be better than that — we must seek the higher ground — listen to viewpoints that are not ours, see the world from a different vantage point. There is more than one answer to any question. Most things are not as black and white as we would simplistically like them to be. There is always more going on than first appears.

If we seek to slow down and step out of the ‘fog of war’ of our experience, we can make wiser choices and bring a different adventure.

Many quotes from famous thinkers have been splashed on the internet and social media in the current cultural landscape of vaccinations and pandemics and ensuring economic upheaval. They have been used as verbal grenades to lob at the other side in arguments that have been polarised into straightforward black and white world views. Yet my history shows – it is all too easy to neglect the substance of the quote and its equal vitality to our viewpoint.

What is the quote that changed my life and could you use it too?

For any building, the foundations can take the longest to build, but if faulty, they will cause the greatest problems. So it is with life. How do we work out what foundations we have to play with and build strong foundations that will last a lifetime?