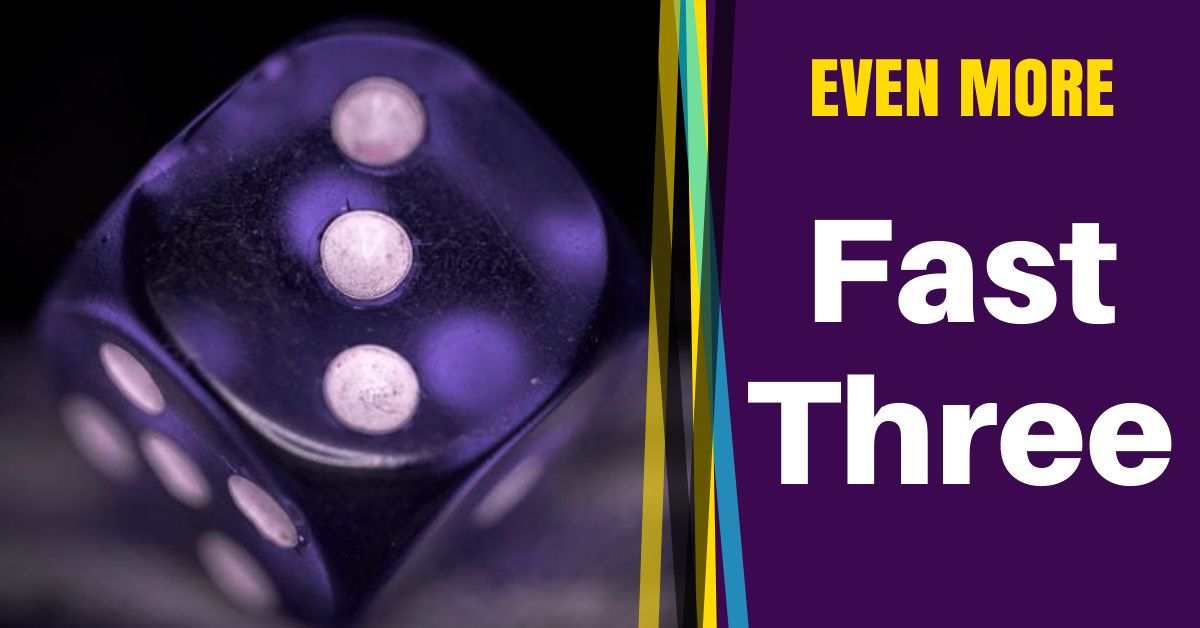 Good things come in three’s, three times lucky, bad things come in threes… there are lots of three’s and whether they are good or bad is of no consequence. Right now, is the last week of the Fast Three – because? I have already done two weeks – do we need any other reason. No!

If you have missed out on the other two, here are the links. The Fast Three, and More Fast Three.

Lets get into it.

Kate Winslet & Idris Elba – The Mountain Between Us

I first saw the Academy Award-winning movie Dr Zhivago when I was 19. One of my friends Alan Freeman, who was a little older than most of us had seen it before, convinced us it was a must-see movie. It all happened late on a Saturday afternoon; we rushed to get to the Newcastle theatre on time. I missed the start. It would be years later that I finally understood the movie.

Dr Zhivago is one of David Lean’s great movies and one of my favourites. A work of art. Based on the novel of the same name, it is a sweeping tale of the Russian Revolution, love, romance, life, and death when much of it was outside an individual’s control. I only see it on the big screen – in my view, its more than a movie, its an experience. I like to see a film the way its creators intended. I’m lucky I have a theatre in my city that screens it most years. It’s a work of art, and I love it. I have seen it a lot.

At the heart of the turmoil in Moscow, Zhivago, not coping with the change, encouraged by his half-brother, a secret police member, leaves the city and the “heat” of the times. They travel to a small town in the county – Varykino. When asked what he is going to do there, he replies – “Live – Live”.

So much of our lives are outside our control. Even those that are in our control are subject to the winds of fate. A government can suddenly change its mind, instigate a flawed plan of action, or make a good decision that affects our lives disastrously. Your life can be going along well, and your happy only to see it dashed against the wall through no fault of your own. Your health can go, an accident or a natural disaster can stop a life in its tracks – life will never be the same again. What was your life – is no more!

Because we are alive, there is still something to play with. Nurture that life, take care of it, protect, or rebuild your health—the health of every aspect of life. Work on the things, no matter how small, that we can control. As in nature, another spring will occur; it always does. We may have to plant a crop that we do not like or enjoy; however, it is sustaining us until the time is right to plant one that does. It is not fair at all, but we have no choice but to deal with it if we want to live.

Zhivago reminds us we must live. We have a day, sunrise to sunrise, to enjoy, notice, and find pleasure in each moment. You have a life that may be uncertain in the future, but it can be relished.

“When things go wrong, as they sometimes will.”

It had been a last-minute hastily arranged event at the Melbourne Tennis Centre – Home to the Australian Open. It wasn’t tennis, but a large corporate event with about twelve thousand attending. A significant industry promotion and leadership training was scheduled for a one-day event. There is always a lot of razzmatazz associated with their events.

The owner of the production company approached the control area; he looked a little nervous and worried. The promoter and this company were his number one client. They were worth hundreds of thousands of dollars a year in business. As he approached, he saw me and smiled, saying, “you’re on this – thank goodness – it will go well”.

He went on to say that things always went smoothly when I was calling and producing the show, and nothing ever went wrong. I took the praise, but he was wrong about things never going wrong. They went wrong all the time; they always do when you are working live and when 5 seconds is a lot of “dead air”.  I was particularly good at what I did but certainly not good at everything; many things that other people did around me made me look a lot better than what I could present.

In this work arena, I had let the pessimistic side of me come to the foreground and expected things to go wrong all the time. I had plan b’s, c’s, d’s. I expected critical equipment to fail, and mic’s not to work, keynote speakers to not show. I had learnt the hard way that it is less stressful when things go wrong when you have a good back up plan—a plan B.

In my twenties, I started a direct marketing business as a sideline while maintaining a full-time job. The industry was promoted enthusiastically as the ideal Plan B – to secure a financial future early and repurchase your time with passive income. It was a good business, but it did not live up to its mythology for most people.

What I saw overtime for those involved, we compromised our Plan A objectives because we were focused on the B Plan. There is nothing wrong with that if the B Plan is a good one. What I saw 15 years later was an industry in a downward spiral leaving most players in a worse state than when they started financially. They had compromised their A Plan, and the B Plan had failed.  We all had. No one wanted to admit early enough that the plan’s reality was no longer as good as the conviction.

The mistake we made was not the industries but our own. We failed to step back to be aware of what was going on and re-access – were we going in the direction we wanted?  Have we been swept away with the emotions of the day?

B plans, like all plans, need to be reviewed continuously, changed, discarded if necessary. When things go wrong as they sometimes will, let us make sure we have solid foundations on which to stand.

“We should all start to live before we get too old. Fear is stupid. So are regrets.”

It is the wakeup call, or as Joseph Campbell refers to it as the “Call to Adventure – to live your destiny.” It is said that the call comes three times over our lives.

The first, which comes early in life, is a gentle call like a feather lightly caressing our face. It gently reminds us to follow our hearts desires, a soft beckoning call to live out our hearts’ desires and our individual journey; to bring to life in the world only what our individual essences can bring. It reminds us that the world is full of opportunities.  We have unique powers, and if we follow our inclinations, meaning, and fulfilment follow.

The Second call comes with a little more urgency – perhaps a slap or punch in the face. It is the pay attention moment. It might be a failed relationship, a loss of career – (mostly one we do not like but do because it pays well, or it is too hard to change). It could be a whisper of age and some health issues. It is not a feather – it is a real pay attention moment.

The question is do we do anything about it…. Or continue in our merry way to a life unlived? Do not worry; there is a third call. Do you really want to wait for that one?

It is a brick to the head, a wake call to adventure that you may not survive. It is fate coming to you and saying, “death is around the corner – do you want to be a cold timid soul who knows neither victory nor defeat?” It may be a total loss of career, your entire foundations; it will be the last call you get. There will be no time left to regroup again – act. Life is finite. Most people are not afraid of death; they are afraid of not having lived.

“Some 2,600 years ago, the ancient Greek poet Pindar wrote, “Become who you are by learning who you are.” What he meant is the following: You are born with a particular makeup and tendencies that mark you as a piece of fate. It is who you are to the core. Some people never become who they are; they stop trusting in themselves; they conform to the tastes of others, and they end up wearing a mask that hides their true nature. If you allow yourself to learn who you really are by paying attention to that voice and force within you, then you can become what you were fated to become—an individual, a Master.”

The Hero with A Thousand Faces – Joseph ‘Campbell.

The Biggest Bluff: How I Learned to Pay Attention, Master Myself, and Win – Maria Konnikova.

Copyright 2021 | Red Entertainment | All Rights Reserved –  Terms & Conditions , Privacy-Policy. – This website participates in the Amazon Services LLC Associates Program. The program enables us to earn money by linking to amazon.com and affiliated websites.