Forty-Eight Things I Learnt in 2021 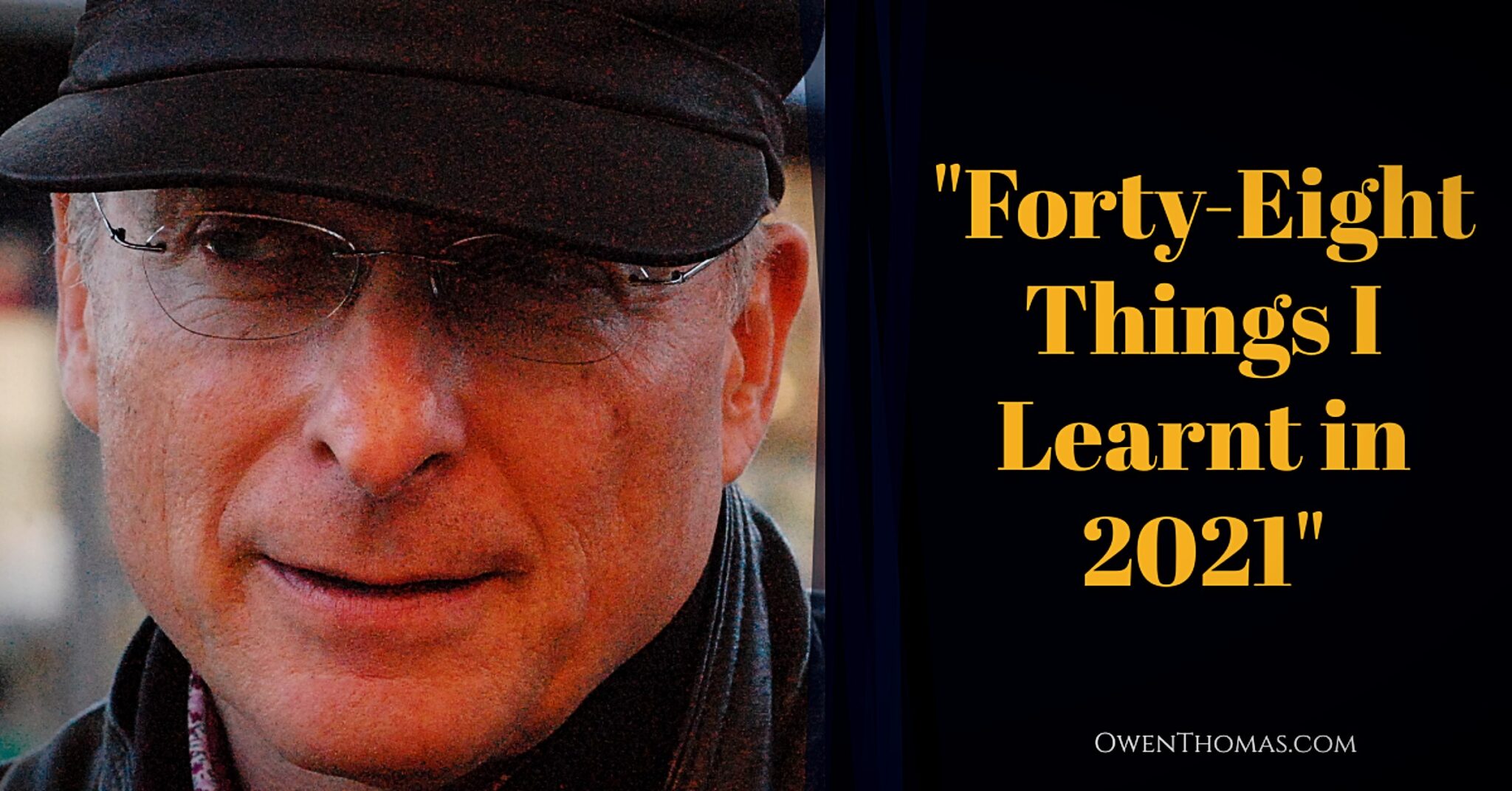 “The past is always seen through the tinted glasses of fantasy.”

December 31st is the usual time to write articles that look back at the recent year and reflect on any learnings, worthwhile adventures, or promises made or unmade. However, since I wrote the article Time for Action and Contemplation back in October, my mind has been focused on what the year has meant and what next year may bring. As I have mentioned to many friends over this year, a week is a long time in CovidLand, and I feel this year, for the most part, has closed already. Yet, it still may have a few surprises left. However, it is time to start the process of what it has meant to ourselves and how we may use its events and happenings to advance our lives into the next year and beyond.

Last year, on the 31st, I published Forty-Eight Things I Learnt in 2020. Many of those observations will apply to 2021 as well, as historians tell us history never repeats, but it rhymes. So perhaps those considerations and conclusions will have resonance here again.

“The irrational simply changes its look and its fashions. We may no longer have literal witch hunts, but in the twentieth century, not so very long ago, we witnessed the show trials of Stalin, the McCarthy hearings in the U.S. Senate, and the mass persecutions during the Chinese Cultural Revolution. Various cults are continually being generated, including cults of personality and the fetishizing of celebrities. Technology now inspires religious fervor. People have a desperate need to believe in something and they will find it anywhere. Polls have revealed that increasing numbers of people believe in ghosts, spirits, and angels, in the twenty-first century.”

So, what have I learnt or observed over the last 12 months that I think are important enough to take note:

“Right now, you are living off the fruits of millions of people in the past
who have made your life incomparably easier through their struggles
and inventions. You have benefited from an education that embodies
the wisdom of thousands of years of experience. It is so easy to take
this all for granted, to imagine that it all just came about naturally and
that you are entitled to have all of these powers. That is the view of
spoiled children, and you must see any signs of such an attitude within
you as shameful. This world needs constant improvement and renewal.
You are here not merely to gratify your impulses and consume what
others have made, but to make and contribute as well, to serve a higher
purpose.”
― Robert Greene, The Laws of Human Nature

Till Next Time — something to think about and share.